Between January and April of this year Chinese imports grew by 17.3% in quantity and 20.4% in value and even increasead by 30.1% the total import in milk equivalent (ME) compared to the same period last year.

Oceania is the first supply region, followed by the European Union; both strengthen their position, thanks to the duty war between Beijing and Washington, which severely penalizes the US.

January-April 2019 SMP import increased by 30.9% in quantity and by 34.8% in value. New Zealand accounts for 57% of the market, while the European Union strengthens its market share, bringing it to 26%, thanks to a surprising performance (+212.8%). Australia and Belarus also come into play. The position of the United States, on the other hand, fell (-89.1%) due to the war on duties. 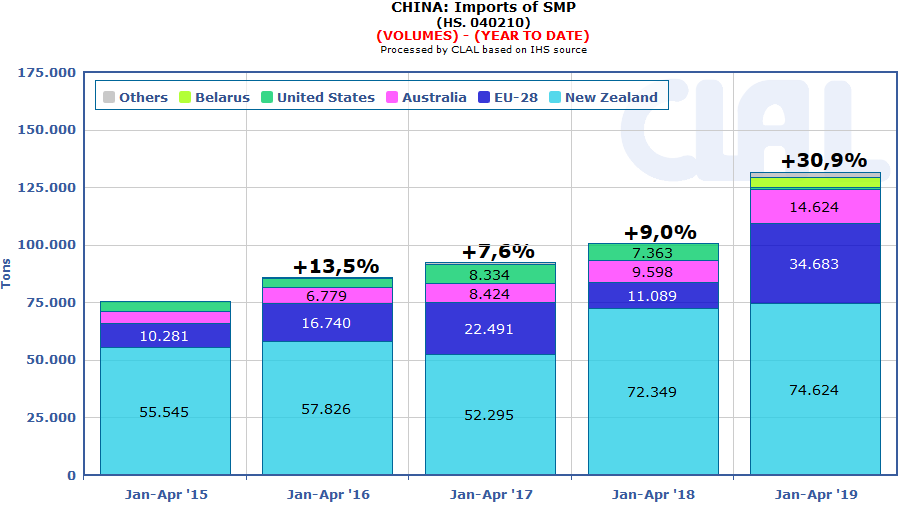 CLAL.it – The European Union strengthens its market share in Skimmed Milk Powder in China. The position of the United States falls.

The positive balance of the first four months of 2019 is dragged by the April boom, which marks an increase in imports of 31% in quantity and 36.7% in value. 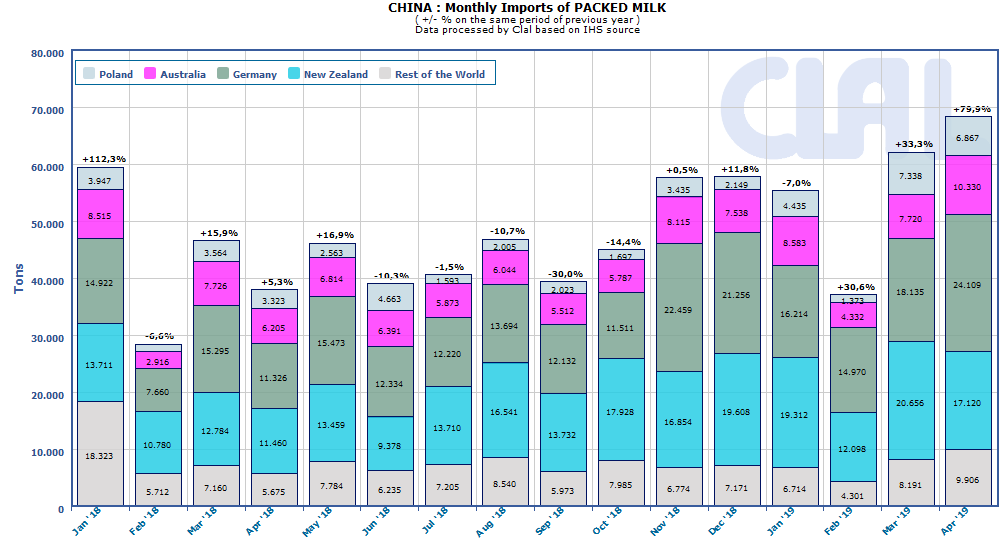