Milk production in Australia, in the month of April 2019, decreased by 13.7% compared to the same month in 2018, due to the continuous drought and the high costs of inputs. The overall trend for the first 10 months of the dairy season marks -7.3%.

Milk production in New Zealand recorded -8.4% in April 2019 compared to April 2018. Fonterra’s milk collection was 9% lower than the previous year. In the first 11 months of the 2018-19 season, New Zealand increased its milk production by 2.3%.

New Zealand exports continue to grow (+ 12.9% in April 2019), but there are concerns related to the African swine fever virus (ASF) in China. Lower demand for feed in China will reduce China’s need for dairy derived animal feed.

Oceania Cheddar prices firmed. The sudden price increases have led some Buyers to pull back from closing deals.

The price of the SMP is stable. Very little SMP is being produced at this time of the year. Some Buyers are seeking a specific source of Oceania SMP.

Butter prices in Oceania are weaker. Many Buyers have stocks secured and churning schedules are generally lower. The price of the WMP is also decreasing: many Buyers are believed to have adequate shorter-term cover. 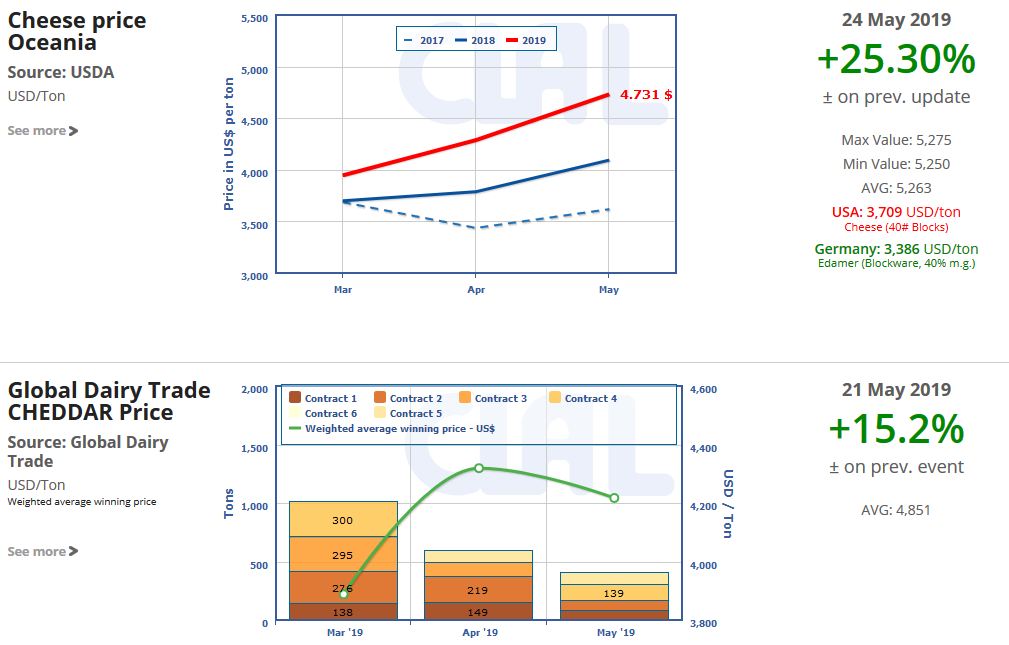 CLAL.it – Cheddar price in Oceania and at GDT