Corn production forecasts in the main countries estimate higher crops in the United States, Brazil and the EU-28, the first, third and fourth Country Producers respectively. Corn production in China, on the other hand, is expected to slow (1.3%).

Exports are mainly oriented to Mexico, South Korea, Vietnam and Iran. The European Union, the main importer of Corn, in the new 2019-20 season should reduce purchases (-14.9%).

Data for the first two months of 2019 of Italian imports of Corn recorded an overall increase of +4.6% y-o-y and showed strong growth from Croatia, Slovenia and Hungary, which more than offset a decrease in volumes imported from Ukraine and Romania. 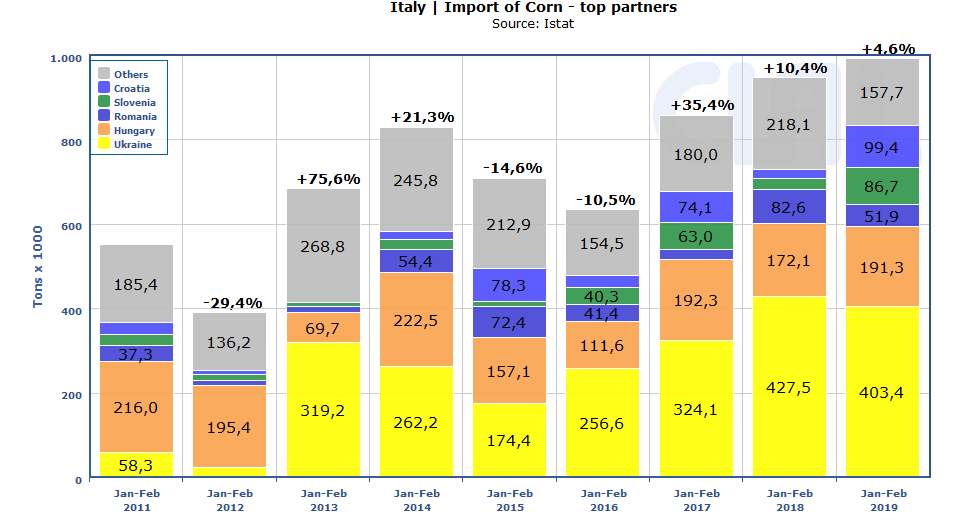 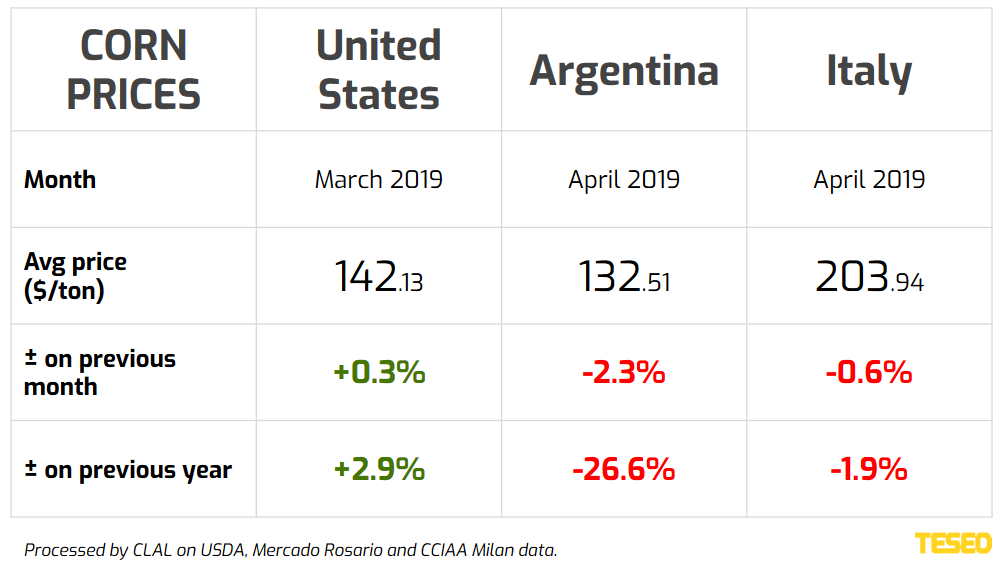