The monthly report of December 2015 released by the United States Department of Agriculture (World Agricultural Supply and Demand Estimates Report – WASDE) shows for the season 2015-16 the estimates of a decreasing global production both for Corn (973.9 Mio t, -0.1% from November estimates) and Soybean (320.1 Mio t, -0.3%).

Partly offsetting these reductions is an increase for Canada Corn and Soybean.

U.S. Corn exports are projected 1.3 Mio t lower, reflecting the slow pace of sales and shipments to date and higher projected exports for Brazil and Canada. 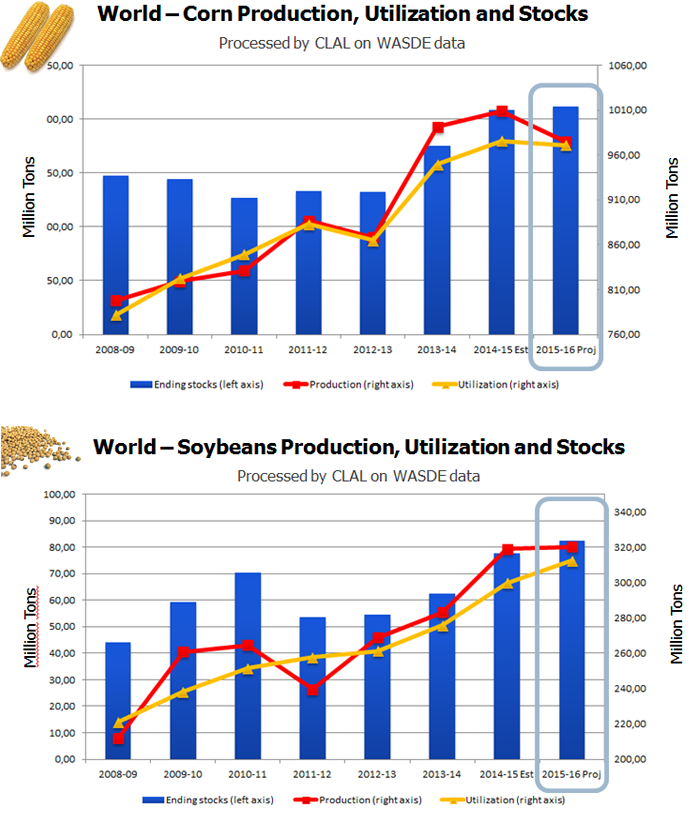