The monthly report of August 2015 released by the United States Department of Agriculture (World Agricultural Supply and Demand Estimates Report – WASDE) shows for the season 2015-16 the estimates of a decreasing global production of Corn (985.61 Mio t, -0.2% from July estimates) and of an increasing production of Soybean (320.05 Mio t, +0.4%).

U.S. production of Corn and Soybean is expected to increase respectively by 1.2% and 0.8%, due to an increase of the yield.

Global Corn use is lowered driven by reductions in Corn feeding for EU, China and Ukraine. Higher wheat feeding is expected for EU and Ukraine, higher sorghum feeding for China.

Projected global Soybean ending stocks are lowered 4.9 Mio t to 86.88 Mio t with a higher crush for China, the EU and the U.S. Despite this month’s reduction, global Soybean stocks remain record high. 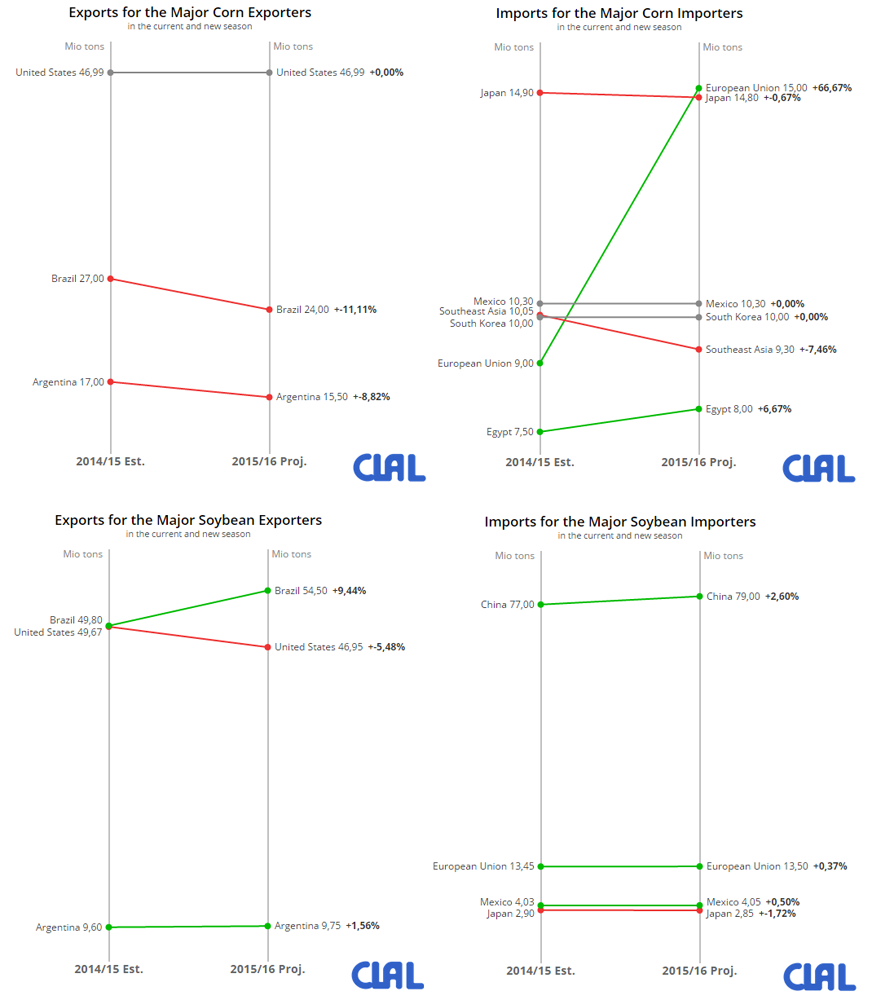 TOP Esporters and Importers of Corn and Soybean