USDA released the June update on the Corn and Soybean markets.

The Beginning Stocks of Corn for the 2021/22 season are estimated to decrease compared to the May forecast, affected by the revisions on the current year. The projections on Global Production, Trade and Demand for Corn are substantially unchanged compared to the estimates of May, consequently the Ending Stocks are revised downwards. 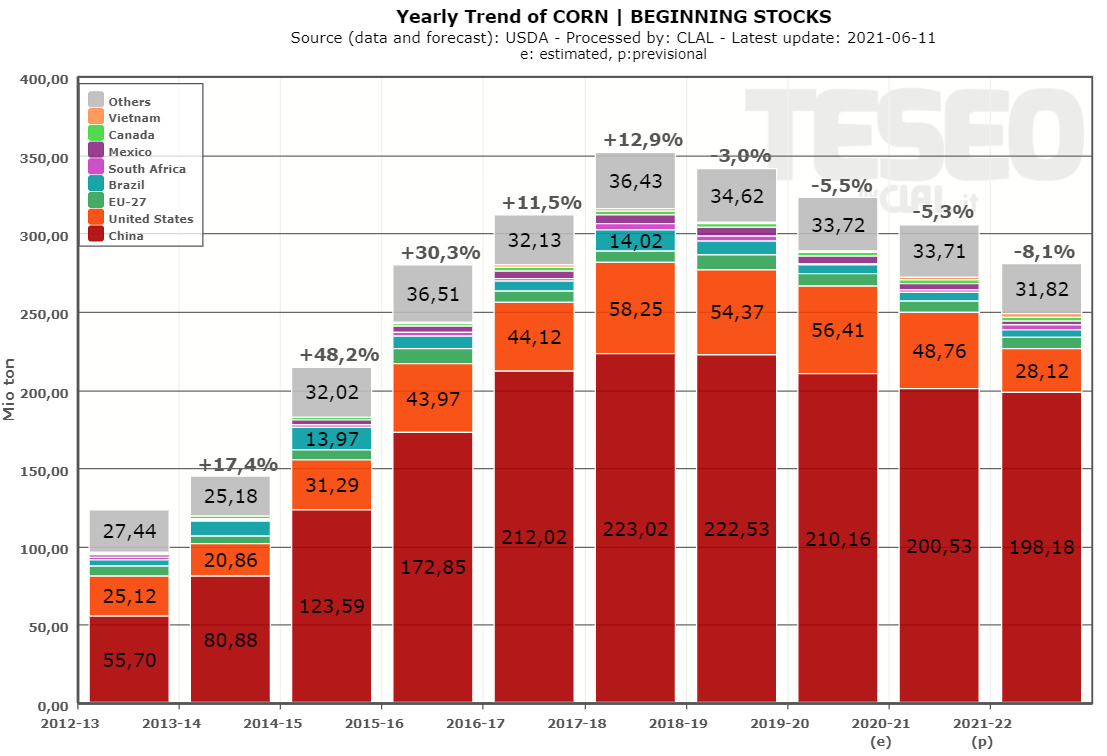 Corn Production for the season September 2020 – August 2021 has been revised downwards. Brazil, during the month of May, recordedlower than normal rainfall in the Central-West and South regions, negatively affecting the yields of the second Corn harvest.

As for the United States, for the current year, the data on Corn exports and on Corn used for the production of ethanol have been revised upwards, reducing stocks.
Ethanol prices have risen significantly in recent months, supported by a demand that is almost back to levels seen prior to COVID-19.

Average Corn prices in early June remain high, but at a lower level than the peaks reached in May. The average selling prices of Corn from 1 to 11 June in the USA (North West Iowa) stood at $ 276.2/Ton, +0.8% compared to May.

In Italy, the prices of National Corn quoted on 10 June in Bologna are up by + 1.5% compared to the previous quotation, ranging between 270 €/Ton and 276 €/Ton. However, the average prices in June are slightly down compared to May.

Unlike Corn, the forecasts on the Beginning Soybean Stocks for the 2021/22 season are revised up by 1.5 Mio Tons, affected by the revisions on the September 2020 – August 2021 season. Projections on Global Soybean Production, Trade and Demand are substantially stable compared to the forecast of May. Consequently, the Ending Stocks are revised upwards. 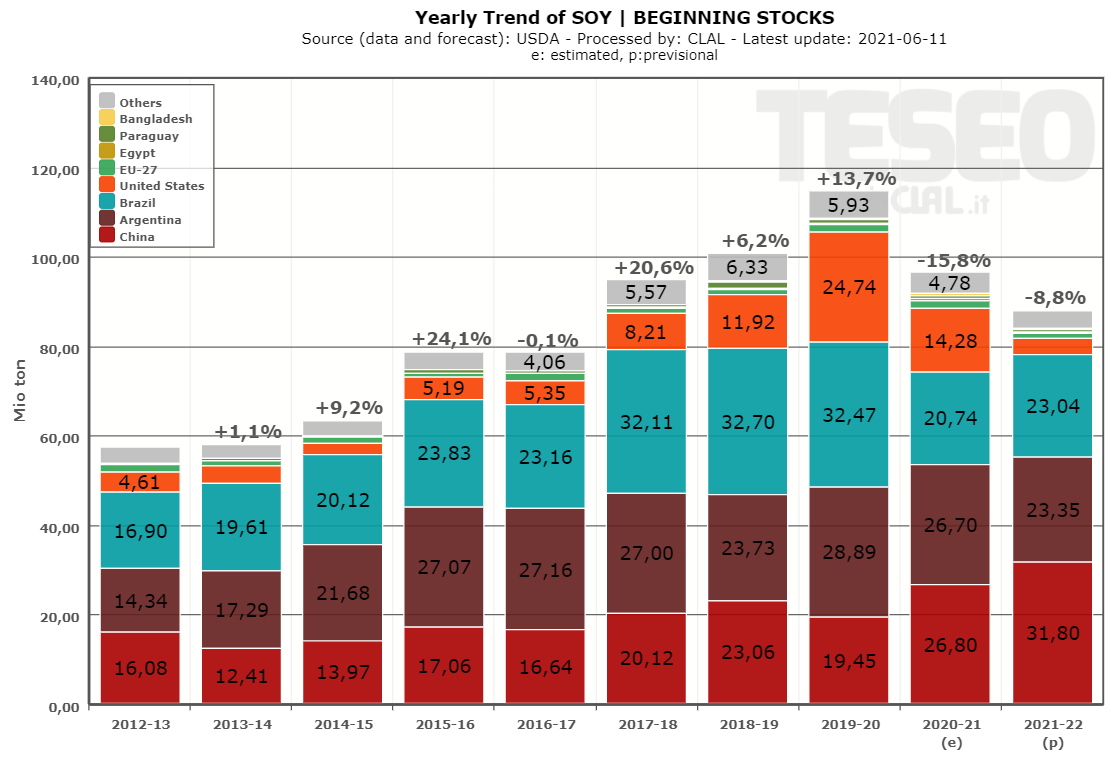 Soybean production for the current year (Sep 2020 – Aug 2021) has been revised upwards, driven by a higher Soybean harvest in Brazil.

The average selling prices of Soybeans recorded from 1 to 14 June in the USA (Western Illinois) stood at $ 605.8/Ton, down by -1.4% compared to the May average. Different situation in Brazil, where the average Soybean prices recorded in the same period in Paranà are up by + 1.7% in dollars compared to the month of May, reaching $ 548.5/Ton.

In Italy, the average price of Soybeans listed on 10 June in Bologna is 638 €/Ton, down by -2.0% compared to the previous price.