Oceania: increase in exports of Fresh Cheeses to Southeast Asia

In Australia, the new dairy season will start on July 1st. The data for the first 9 months of the 2020/21 season show an increase of +0.7%, compared to the period July 2019 – March 2020, with a production in March lower than the previous year (-1.8%). Mice have overrun New South Wales. The situation comes from from heavy rain, which created bumper crops, leading to ideal conditions for mice breeding.

The new dairy season in New Zealand began on 1 June and is currently near the annual low. In April, production increased by 11.7% compared to the same month last year, benefiting from favourable end of season milk production conditions in key farming regions of the North Island.
The South Island was recently hit by heavy flooding, which damaged infrastructure, fences and winter crops.

Comparing the price of 4,71 €/kgMS to the prices of European milk is obtained:

CEO Miles Hurrell says that the improving global economic environment and strong demand for dairy, relative to supply, are sitting behind the forecast Farmgate Milk Price range. Based on these dynamics, along with where the NZ dollar is sitting relative to the US dollar, milk prices are expected to remain at current levels for the near future.

The prices of the dairy commodities in Oceania decreased and the Global Dairy Trade event on June 15 confirmed this trend, recording an average price change of -1.3%. There were reductions for WMP, SMP and Butter, while the prices of AMF and Cheddar slightly increased. 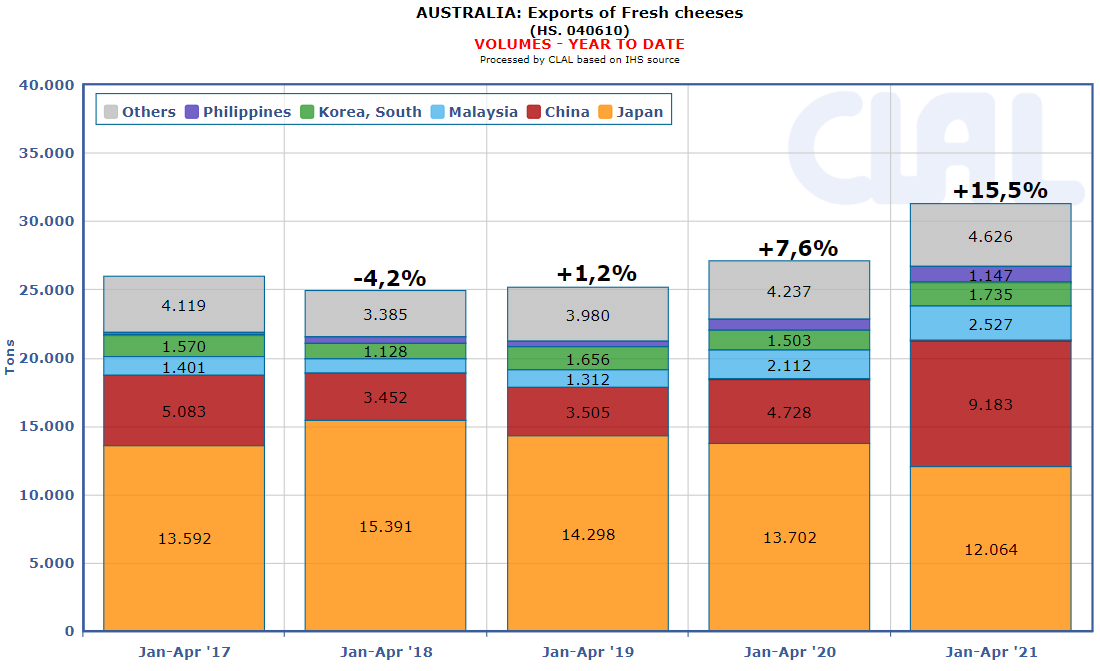 In Argentina, the mild climate of the first four months improved the conditions of the pastures, favoring greater milk production (+4.5% compared to January-April 2020).

While remaining at a high level, the average prices of SMP and WMP in South America show a small decrease compared to the previous weeks, reflecting the global market trends. 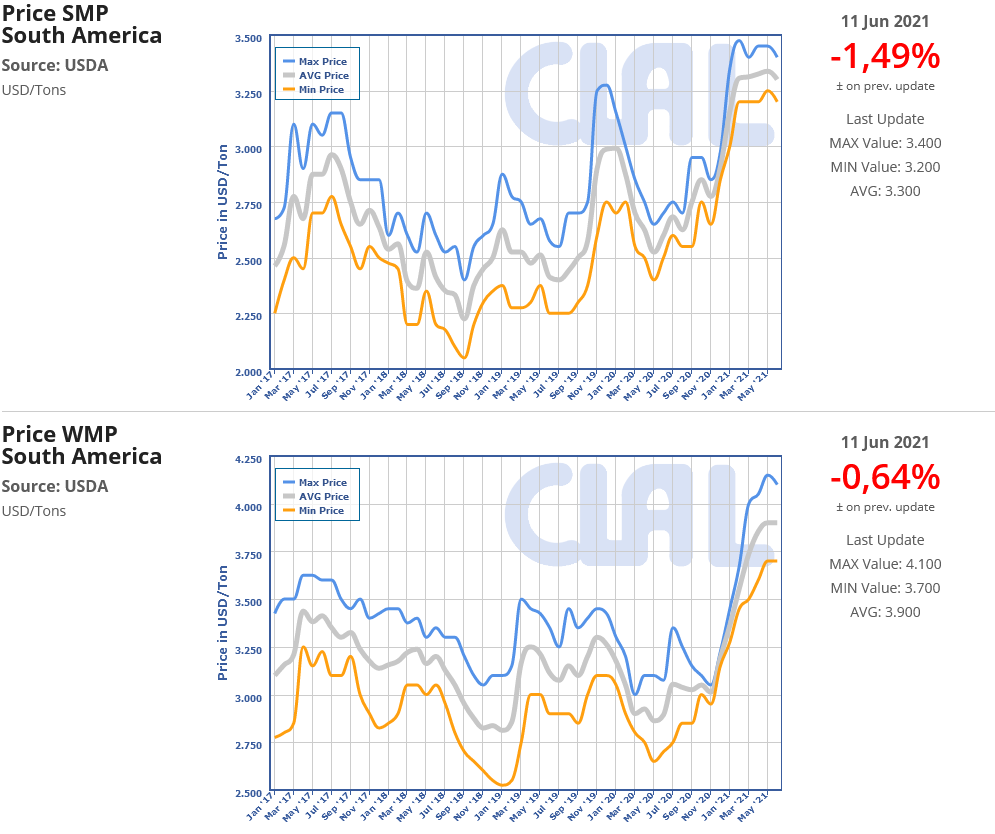