Oceania: agreement to phase out tariffs on dairy exports between Australia and United Kingdom

Most dairy producers have dried off most cows

With an increase of +7.6% in May 2021, the dairy season in New Zealand ended with +2.6% on a tonnage basis. New Zealand sources believe that supplemental feeding helped to boost New Zealand milk  production in the season just ended.
On June 1st, the new season began and at this time of year most dairy producers have dried off most cows.

There is concern about the labor shortages due to the likelihood that migrant dairy workers will not be able to come into New Zealand to work for a number of months due to COVID-19 related travel restrictions. 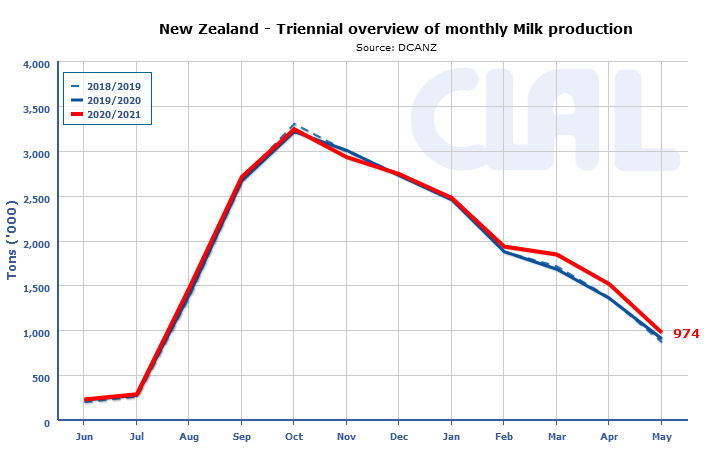 July 1 marked the opening of the new milk season in Australia. During the last few weeks leading into the new season something of a “bidding war” broke out. Major processors began lifting offering prices to be sure they have enough milk geographically located for dairy manufacturing plants they operate. As a country with a huge land area and climatic variety, prices offered in varied regions do differ from other regions.

The prime ministers of Australia and the United Kingdom reached an agreement in principle affecting dairy trade. Upon ratification, tariffs on Australian dairy exports to the UK will be eliminated over five years.
Following the announcement of this agreement, many dairy firms in New Zealand are pressuring officials there to secure a similar deal. There seems to be general agreement in New Zealand to pursue this course of action, however, dairy officials anticipate there is not likely to be an identical deal as was reached with Australia.

Average dairy prices in Oceania decreased and the price range widened. The lower range dip reflects the last GDT event of 6 July 2021 and the upper range prices reflect the interest of Asian buyers. Only the SMP showed a slowdown even in the upper range price, reflecting supply that has grown beyond demand.

South America: Argentina is the first WMP supplier for Algeria

Milk supply also increased in May 2021 in Argentina and Uruguay, by +3.4% and +6.2% respectively. The current production is meeting most production needs from dairy processors.

SMP and WMP stock levels are increasing and their prices reflect the downward movement of the main international markets. 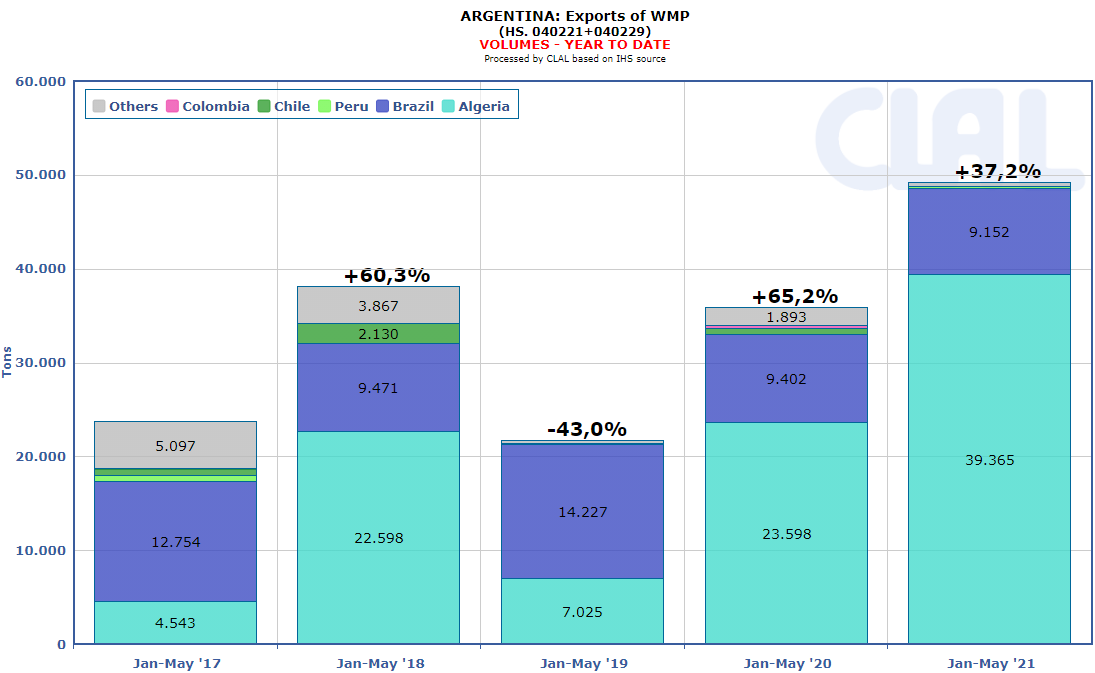