Corn and Soybean: prices and market updates | May 2021 [VIDEO]

First USDA Forecast for the 2021-2022 season for the Corn and Soybean markets: global production is estimated to increase, positively affecting the ending stocks, while prices in the main markets remain high. 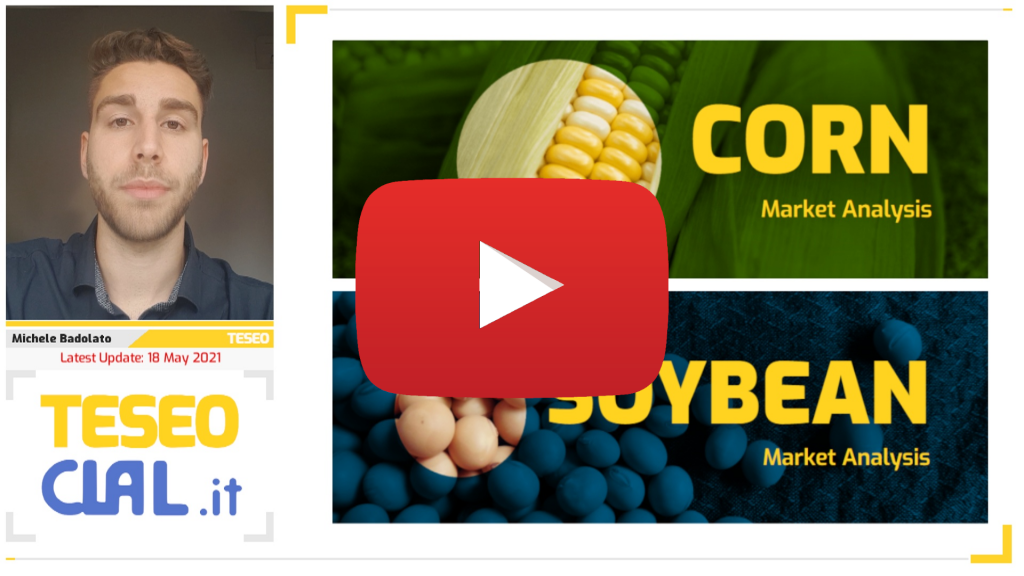 Global Corn Production for the 2021/22 season is estimated at 1,190 million tons, up 5.4% compared to the previous year. Increases are expected in all main producing countries, with record harvests for Brazil, China and Ukraine.

The Global Demand for Corn for the 2021/22 season is also estimated to increase, driven mainly by the strong demand for animal feed.

The Global Ending Stocks of Corn, resulting from the balance between production, demand and export, are estimated to increase by + 3.1%, with important variations in the United States (+ 19.9%) and in Brazil (+ 70.7%) .

In the main global markets, the average selling prices of Corn from 1 to 12 May recorded further increases, with significant variations for the USA (+ 21.4%), Argentina (+ 12.1% in dollars) and France (+ 10.8%) compared to the April prices.

In Italy, Corn prices are increasing. Current prices in Bologna for Italian corn range between 277€/Ton and 283€/Ton. 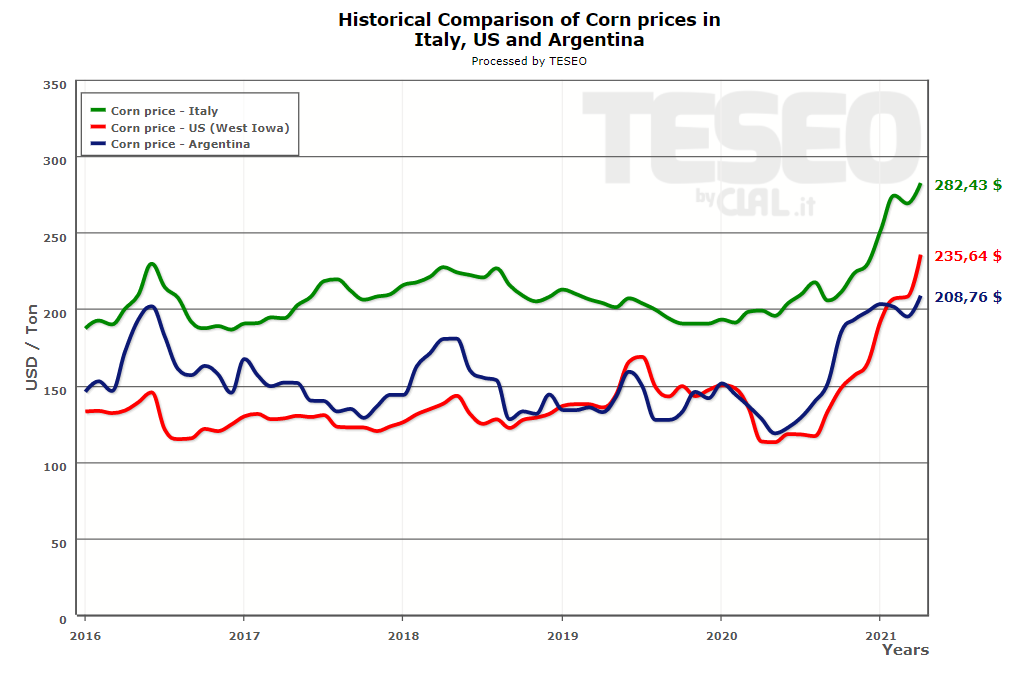 Global Soybean Production for the 2021/22 season is estimated at 386 Mio Ton, up by  6.2% compared to the previous year, driven by production increases in Brazil, the United States and Argentina.

Imports are estimated to increase by + 2.9%, supported by Chinese demand, which is expected to grow to 103 million tons for the year 2021/22. Exports show signs of stability, with an increase estimated for Brazil (+ 8.1%) offset by a decline expected for the United States (-9.0%).

With demand growing at a slower pace than production, the Global Ending Stocks of Soybeans are revised positively, + 5.3% compared to the 2020/21 season. 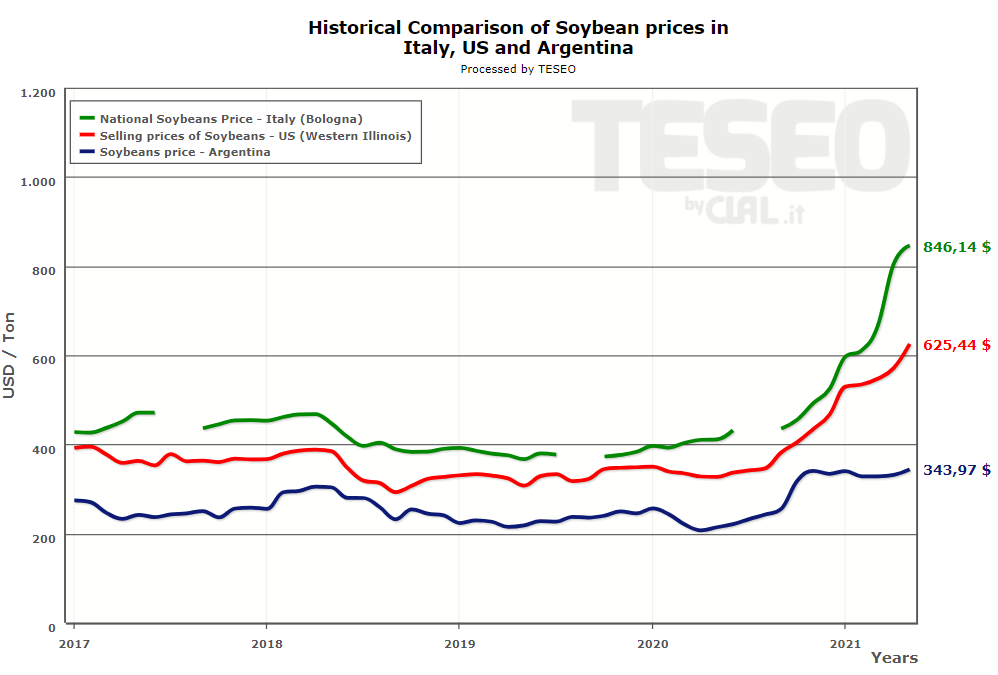