EU-28 consolidates its leadership in Cheese and SMP exports

The Skimmed Milk Powder (SMP) drove the December exports. Thanks to a lower unit price (-6.6%), SMP exports grew significantly in quantity (+ 34.9%) and in value (+26%). In 2018, Algeria was the first importing country, followed by China, Indonesia, Egypt, Malaysia, the Philippines, Vietnam.

Exports of Infant Milk Formula increased both in quantity (+8.6%) and in value (+4.3%) in 2018 compared to the previous year. China and Hong Kong are the first two importing countries, with a market share of 45% and 10% respectively.

Fresh cheeses, whose exports declined in 2018, recorded encouraging performances in China (+12.3%). Perhaps that of fresh cheeses is the way to conquer the tastes of Chinese consumers? 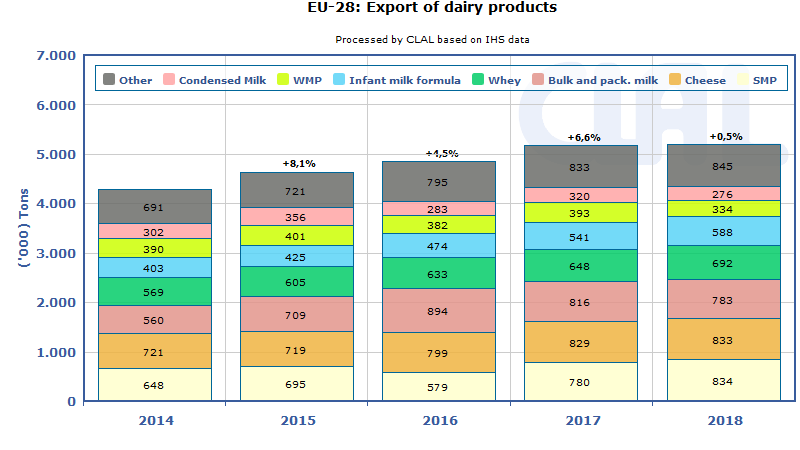