Home › Geographical areas › Australia_ › Is the future of dairy in New Zealand really in the EU hands? [News Oceania n°13/2016]

BUTTER (82%): prices increased; they are expected to continue in coming weeks. Increasing domestic demand in Australia, coupled with butter prices strength in the EU and in the U.S., are helping strengthen prices in Oceania.

CHEDDAR CHEESE: prices increased at the lower end of the range. Profitability has been good and exports stronger. Many importers of cheddar are loyal to their sources.

SMP: prices unchanged. International competition is still strong, and with the anticipation of increasing milk volumes with the new milk producing season, markets are expecting increasing volumes of SMP to become available.

WMP: prices declined slightly. With the new milk producing season, expectations of an increasing milk supply are weighing on prices. WMP is a significant element of New Zealand dairy exports and some dairy experts are anticipating increases in pricing in late 2016.

Many dairy processors in New Zealand have found it difficult to export desired volumes in the first half of 2016, due to stong post quota dairy production volumes in the EU, as well as the United States. Any hopes of recovery for the domestic dairy industry have been pushed into the second half of the year. With a relatively small population for the magnitude of the dairy industry, New Zealand is particularly export focused. Global dairy competition is quite strong. There is substantial thought that recovery in New Zealand is more tied to a slowing of EU dairy production, than anything within the control of New Zealand producers or processors. 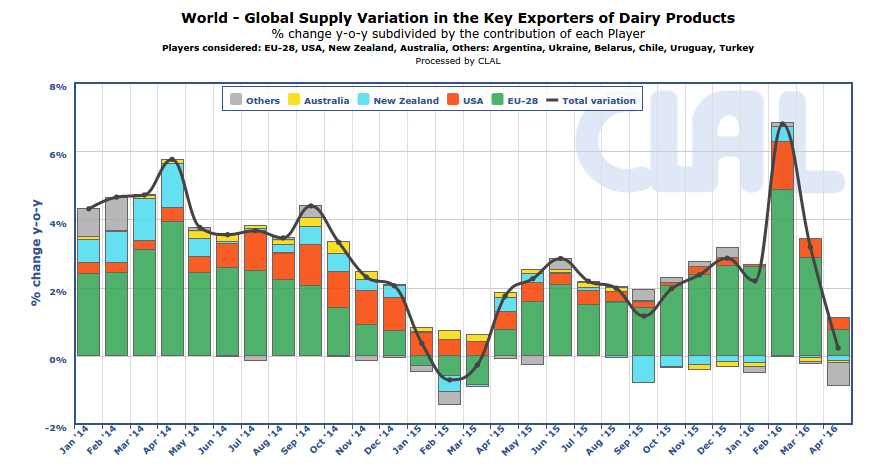 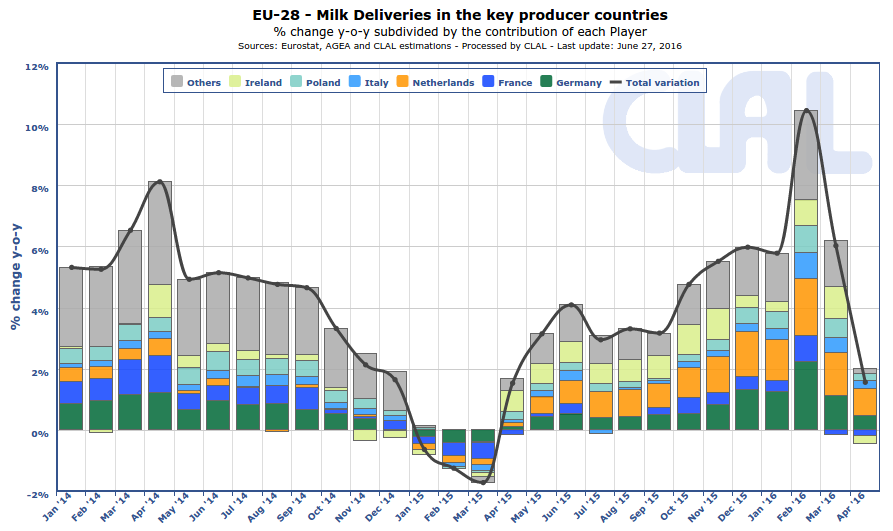 CLAL.it – Which countries have produced more in EU?