Projected U.S. Corn production is unchanged from last month at 357.27 Mio t, and -7.1% from the current marketing year, ending August 31.

EU Corn production is -2.4% based on government data indicating lower-than-expected area in France and Germany, and +2.1% compared with 2016-17 season.

Major global Corn trade changes for 2017-18 include higher projected exports for Ukraine and Russia, with increased imports for the EU-28 (from 14 Mio t to 15).

We are constantly improving the “Corn and Soybean” report to reach consumer interests. Would you like to find any other information? Write to newsteam@clal.it! 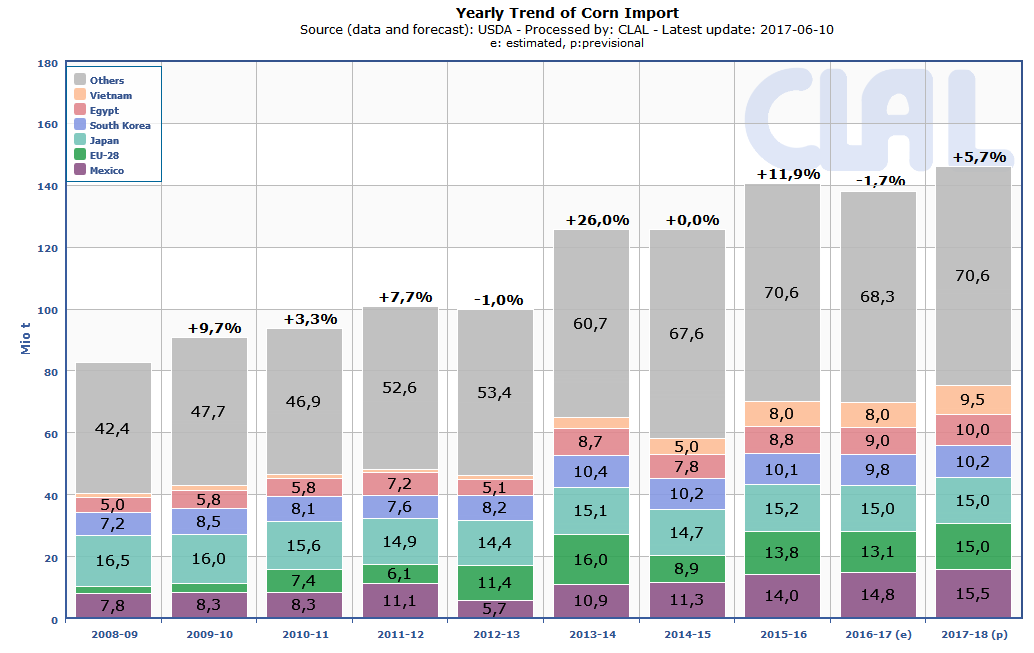 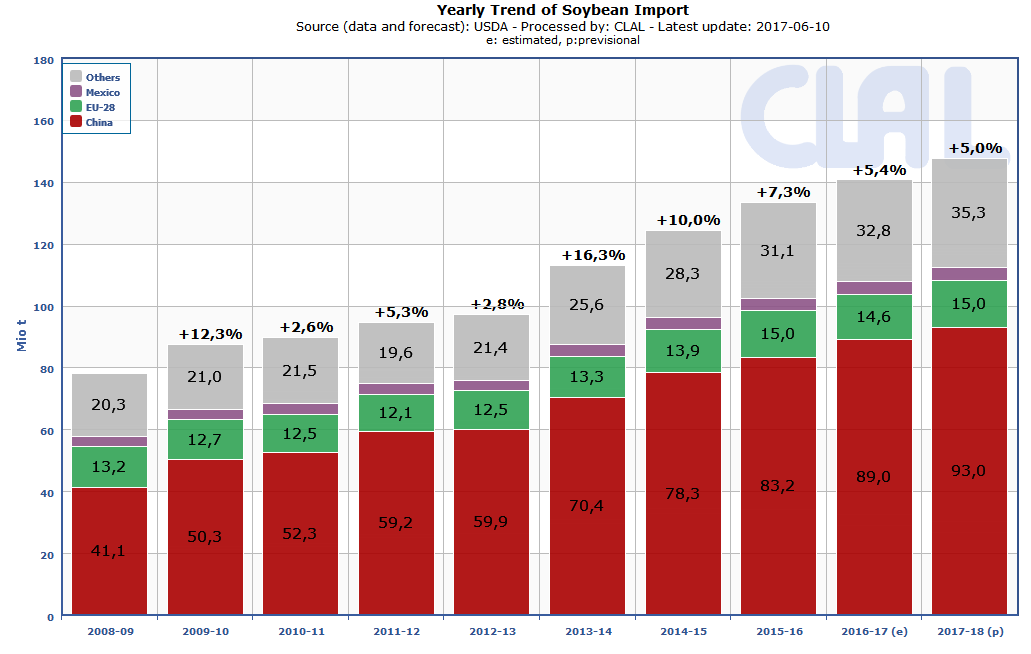