The bulk cream increased overseas sales for the 13th consecutive month. In March 2017 cream took +278% over the same month of 2016.
The main countries of destination are South Korea (for consumption), Greece (among January and March 2017 produced 4.3% less milk and the Country has not spraying plants to obtain cream) and Belgium (most likely transit country).

Good phase for fresh cheeses, which in March recorded a growth of 11.6%, addressed first of all to France, UK and Germany.
Growing trend also for grated cheeses: + 23.8% in March 2017 on March 2016; France, Germany and the UK are the main commercial routes. 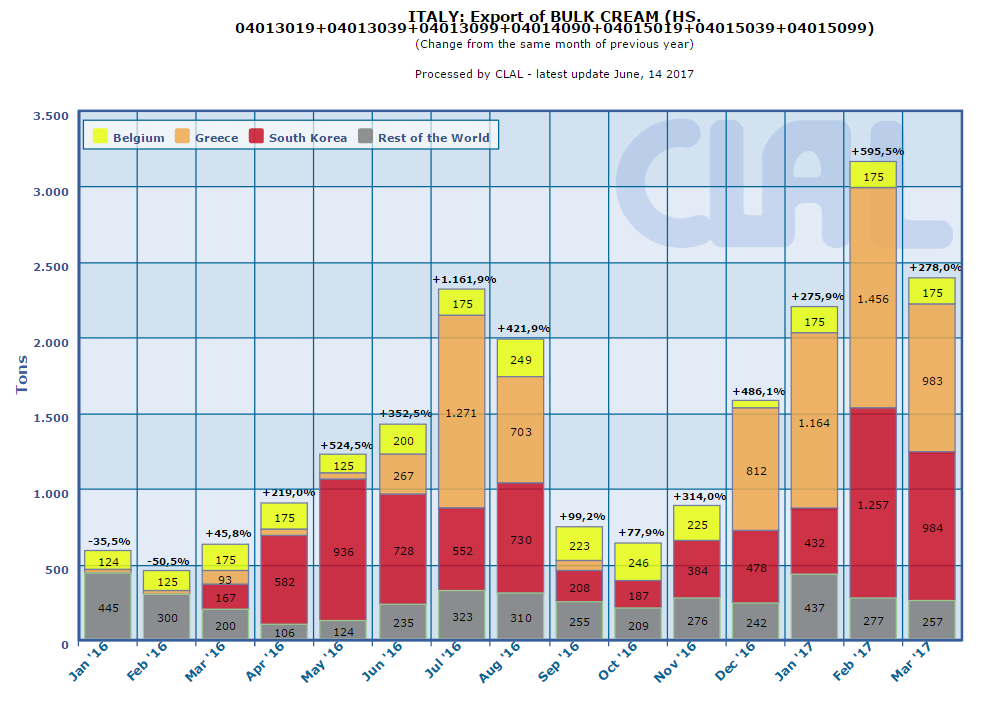 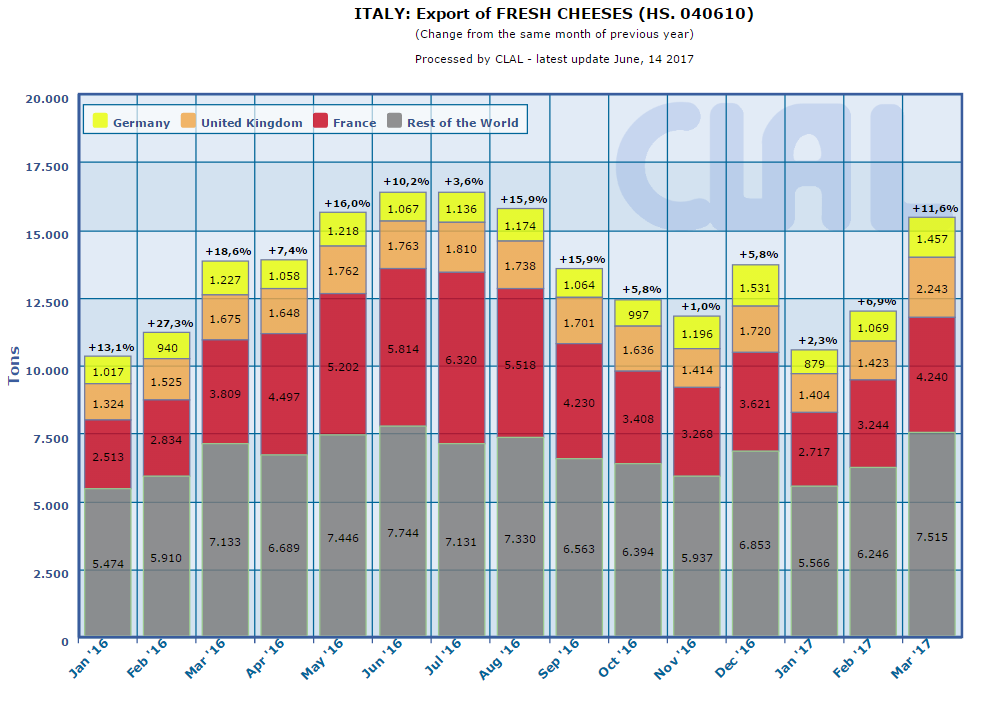 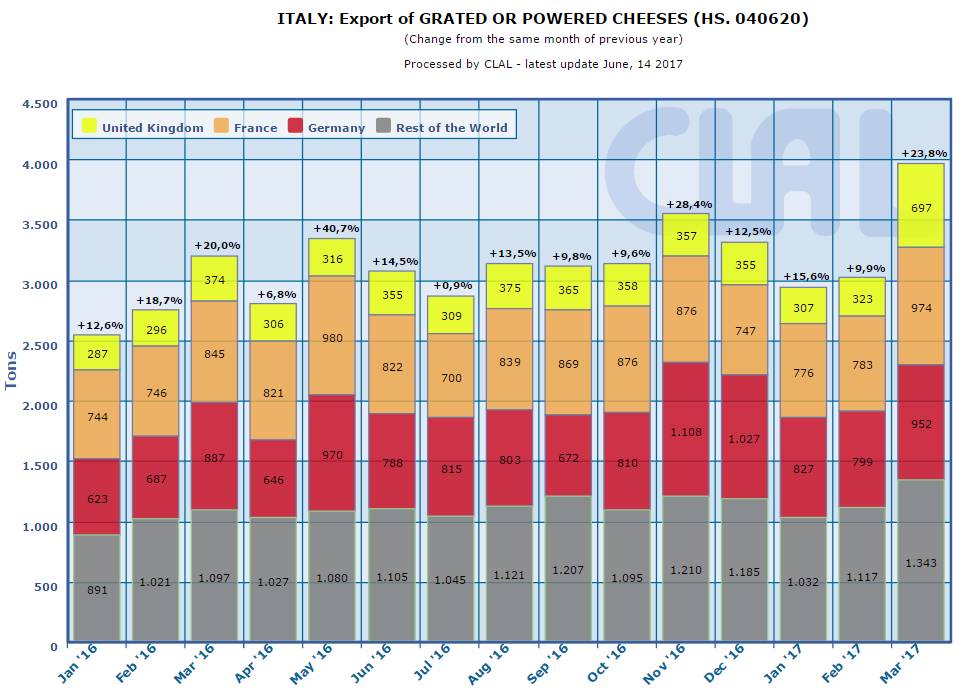